"A devastating pandemic sweeps through New York City, and one by one, basic services fail. In only days, without food or water, society collapses into chaos. The Division, a classified unit of self-supported tactical agents, is activated. Leading seemingly ordinary lives among us, The Division agents are trained to operate independently of command, as all else fails. Fighting to prevent the fall of society, the agents will find themselves caught up in an epic conspiracy, forced to combat not only the effects of a manmade virus, but also the rising threat of those behind it. When everything collapses, your mission begins." 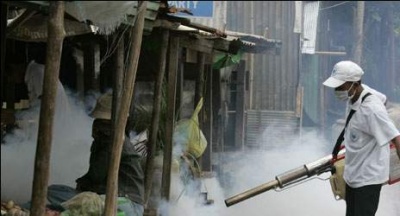 You're part of The Division, an organization developed around Operation Dark Winter. In reality, Dark Winter was just a simulation that took place in 2001; however, this game makes it real in their universe. In 2007, President George W. Bush signed Directive 51, launching The Division's Agents into effect.

About three weeks ago, many sleeper cell agents released a weaponized virus in the United States. The Division tried to stop it, but they failed. This day was known as Black Friday. The entire population was nearly wiped out in the process. The Division's goal is to save what remains and restore society.

"We live in a fragile and complex world, a web of interdependent systems we rely on every day. When one fails, others follow, creating a deadly domino effect that can cripple society in days. In Tom Clancy’s The Division, immerse yourself in a frighteningly chaotic and devastated New York City, where all has failed. As a Division agent, your mission is to restore order, team up with other agents and take back New York."

The Division is inspired by Operation Dark Winter and Directive 51, real-world events which "revealed how vulnerable we've become"; society has become "fragile" and "complex". In the game, a disease that spreads on Black Friday causes the United States to collapse in five days. The player is part of a group called "Strategic Homeland Division (SHD)", called "The Division" for short. This group was established to combat the threat and do whatever it takes to "save what remains" in a massive multi-player online situation, putting them against friends, AI, and other players. 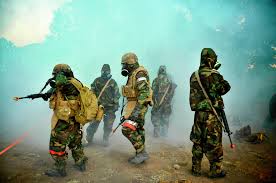 The FRP brought together multiple organizations to assist states with disaster preparedness and response and was augmented by the National Contingency Plan (NCP) through the Environmental Protection Agency (EPA). The NCP, in existence since 1968, was initially a blueprint for responding to oil spills, but was expanded to include hazardous materials in 1972 with the passing of the Clean Water Act. In 1980, the Comprehensive Environmental Response, Compensation and Liability Act, more commonly known as "Superfund," further expanded the scope of the NCP to include emergency removal actions at hazardous waste sites and required regulated facilities to submit contingency plans. The federal government helped state and local officials protect public health and the environment in the event of a hazardous material release or emergency through the NCP.

President Bill Clinton appointed James Lee Witt as the head of FEMA in 1992. Witt substantially changed FEMA to adopt an all-hazards approach to emergency planning. Clinton elevated Witt to a cabinet-level position, giving the Director access to the President.

In October 1994, the Stafford Act was amended to incorporate most of the former Civil Defense Act of 1950. In 1996 the Federal Radiological Emergency Response Plan (FRERP) was signed into law. The Nuclear Regulatory Commission (NRC) and FEMA prepared a plan outlining the federal government’s response for peacetime radiological emergencies within the U.S. or its territories. These emergencies could occur at fixed nuclear facilities or during the transportation of radioactive materials, mishaps with nuclear weapons at military research facilities, satellites returning to earth, or terrorist attacks. By 1996, FEMA developed a guide for individual states to develop individual Emergency Operation Plans known as the Guide for All Hazards Emergency Operations Planning. The Department of Homeland Security (DHS), which was formed following the September 11 attacks, absorbed FEMA when it was established in 2003