Operation Dark Winter was the code name for a senior-level bio-terrorist attack simulation conducted from June 22–23, 2001, and is the real-life basis for Directive 51, The Division, and the entirety of Tom Clancy's The Division. It was designed to carry out a mock version of a covert and widespread smallpox attack on the United States. John Hamre of the Center for Strategic and International Studies (CSIS) initiated and conceived of an exercise wherein senior former officials would respond to a bioterrorist induced national security crisis. Tara O'Toole and Thomas Inglesby of the Johns Hopkins Center for Civilian Biodefense Strategies (CCBS) / Center for Strategic and International Studies (CSIS), and Randy Larsen and Mark DeMier of Analytic Services were the principal designers, authors, and controllers of the Dark Winter project. 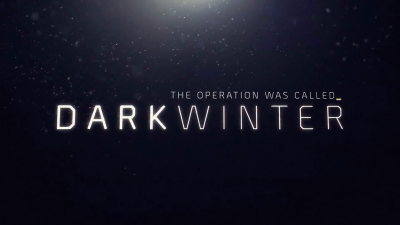 Eerie and yet so remarkable

Dark Winter was focused on evaluating the inadequacies of a national emergency response during the use of a biological weapon against the American populace. The exercise was solely intended to establish preventive measures and response strategies by increasing governmental and public awareness of the magnitude and potential of such a threat posed by biological weapons.

Dark Winter's simulated scenario involved a localized smallpox attack on Oklahoma City. The simulation was then designed to spiral out of control. This would create a contingency in which the National Security Council struggles to determine both the origin of the attack as well as deal with containing the spreading virus. By not being able to keep pace with the disease's rate of spread, a new catastrophic contingency emerges in which massive civilian casualties would overwhelm America's emergency response capabilities.

The disastrous contingencies that would result in the massive loss of civilian life were used to exploit the weaknesses of the U.S. health care infrastructure and its inability to handle such a threat. The contingencies were also meant to address the widespread panic that would emerge and which would result in mass social breakdown and mob violence. Exploits would also include the many difficulties that the media would face when providing American citizens with the necessary information regarding safety procedures.

The Dark Winter exercise portrayed a fictional scenario depicting a covert smallpox attack on U.S. citizens. The scenario is set in three successive National Security Council (NSC) meetings (Segments 1,2 and 3) which take place over a period of 14 days. Former senior government officials played the roles of NSC members responding to the evolving epidemic; representatives from the media were among the observers of these mock NSC meetings and played journalists during the scenario's press conferences (see Players List). The exercise itself was held at Andrews Air Force Base, Washington, D.C., on June 22-23, 2001.