The Division will break away from the common conception of RPGs. You will not talk to one person to get a mission, nor will there be acts. Instead, you will have a full map of New York with objectives you can choose to do at any time.

David Polfeldt, managing director at Massive, says “We wanted a lighter game than World of Warcraft. I’m not calling The Division an MMO,” although he’s aware of the similarities.

The Division will not, however, feature classes. “We allow you to progress through the skill tree as you prefer,” Polfeldt explains. Plus you can do a mulligan on your skill tree progress at any time and switch to custom-built classes with the touch of a button.

Though it’s a role-playing game first and foremost, The Division also draws from the hardcore survivalism of Day Z or State of Decay. When your sleeper agent awakens, their belongings include just three days of food, water, and supplies. While food and water is important in the game you will not starve or die if you don't find any. After that, you must scour for resources like ammo and weapons. The whole point is to drive players to explore and discover.

There's a general storyline but how you unravel it is up to you: content is emergent. The players choice is at the core of the game. Depending on whether you play solo or coop, enemies will be scaled to make sure the challenge level is not too easy nor too hard. There are, however, special activities and encounter types that will be extra challenging to both group and solo players.

The weaponized virus that nearly wiped out the population will still be in play in Tom Clancy's The Division. Details as to how it will affect game-play have not yet been released. 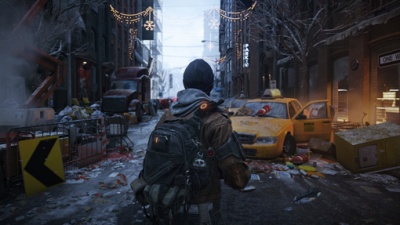 First thing we see in the game-play demo via IGN

Team up with friends in co-op, and use your combined skills to fight the crisis, engage and neutralize any threats, and investigate the sources of the virus. Seamlessly engage in PVP, player-to-player trading, and experience suspenseful scenarios where danger can come from anywhere, by anyone at anytime. A note from Mathias Karlson, lead game designer for Ubisoft's upcoming The Division:

"When you play coop (1-4 players) the enemies will be scaled in different ways to make sure that the challenge level is maintained (not too easy nor too hard). But there will also be special activities/encounter types that will be extra challenging for both groups and solo players (it will be clear to the players that these are harder)."

He also went onto state regarding story progression:

"There’s a general storyline but how you unravel it is up to you: the content is emergent. When you’ll be out in the world there will be stories attached to emergent events, which may lead you in to the greater story. The player’s choice really is at the heart of the game!" 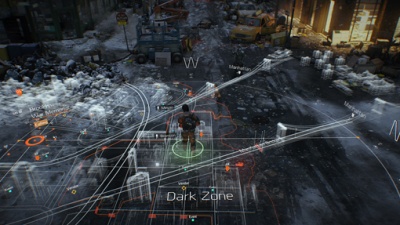 As part of The Division, harness state-of-the-art technology: both networked and prototyped. Loot fallen foes and craft new, improved gear. Completely customize your go-bag, an agent’s only supplies in the event of collapse, and communicate with the other agents at all times with your smart watch. Customize your agent with thousands of weapon types, skill combinations, gear and much more. The choices you make can help forge a recovery or plunge the city deeper into chaos. 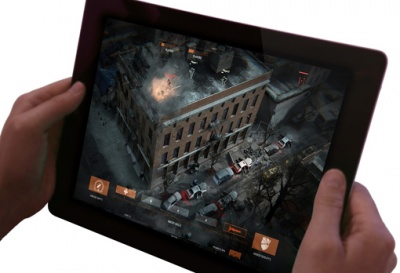 On your smart phone or tablet, join your friends in real-time game-play with exclusive characters. The app gives you a bird’s eye view of the battlefield, the ability to attack enemies and to place targets for your allies or enhance their capabilities. Available on windows IOS, android mobile devices. The app also allows the use of a fifth companion via the mobile device to accompany up to four players simultaneously online, for a truly dynamic experience.

Welcome to an online, open-world RPG experience where exploration and player-progression are essential. Use your skills, weapons and wits in combat. Play in a persistent and dynamic environment that combines the Tom Clancy™ series’ core authenticity and tactical decisions, RPG action, trading and much more.