Directive 51 is the secretive Executive Order responsible for the formation of The Division, signed in response to the results of Operation Dark Winter. Of prime importance to Tom Clancy's The Division, Directive 51 tasked self-supporting federal agents with the protection of society and the United States in the case of catastrophic disaster.

The National Security and Homeland Security Presidential Directive created and signed by United States President George W. Bush on May 4, 2007, is a Presidential Directive which claims power to execute procedures for continuity of the federal government in the event of a "catastrophic emergency". Such an emergency is construed as "any incident, regardless of location, that results in extraordinary levels of mass casualties, damage, or disruption severely affecting the U.S. population, infrastructure, environment, economy, or government functions."

The unclassified portion of the directive was posted on the White House website on May 9, 2007, without any further announcement or press briefings, although Special Assistant to George W. Bush Gordon Johndroe answered several questions on the matter when asked about it by members of the press in early June 2007. 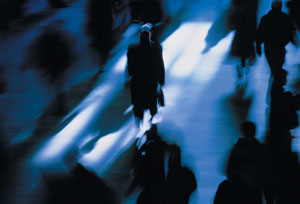 The presidential directive says that, when the president considers an emergency to have occurred, an "Enduring Constitutional Government" comprising "a cooperative effort among the executive, legislative, and judicial branches of the Federal Government, coordinated by the President," will take the place of the nation's regular government.

The source text indicates that during a catastrophic emergency the federal government will cooperate as a matter of comity in order to protect the constitution:

Unclear is the phrase "matter of comity" but the language supports the constitution, including separation of powers.

The source text for NSPD51 repeatedly reaffirms constitutionality and specifically states that " Recognizing that each branch of the Federal Government is responsible for its own continuity programs, an official designated by the Chief of Staff to the President shall ensure that the executive branch's Continuity of Operations and Continuity of Government policies in support of Enduring Constitutional Government efforts are appropriately coordinated with those of the legislative and judicial branches in order to ensure interoperability and allocate national assets efficiently to maintain a functioning Federal Government."

Conservative activist Jerome Corsi and Marjorie Cohn of the National Lawyers Guild have said that this is a violation of the Constitution of the United States in that the three branches of government are separate and equal, with no single branch coordinating the others. The directive, created by the president, claims that the president has the power to declare a catastrophic emergency. It does not specify who has the power to declare the emergency over.

The directive further says that, in the case of such an emergency, the new position of "National Continuity Coordinator" would be filled by the assistant to the president for Homeland Security and Counter-terrorism. The directive also specifies that a "Continuity Policy Coordination Committee", to be chaired by a senior director of the Homeland Security Council staff, and selected by the National Continuity Coordinator, shall be "the main day-to-day forum for such policy coordination".

The directive ends by describing a number of "annexes", of which Annex A is described as being not classified but which does not appear on the directive's Web page: " Annex A and the classified Continuity Annexes, attached hereto, are hereby incorporated into and made a part of this directive. " Security. This directive and the information contained herein shall be protected from unauthorized disclosure, provided that, except for Annex A, the Annexes attached to this directive are classified and shall be accorded appropriate handling, consistent with applicable Executive Orders."

The "National Continuity Policy, Annex A, Categories of Departments and Agencies", available from the Financial and Banking Information Infrastructure Committee website, indicates that "executive departments and agencies are assigned to one of four categories commensurate with their COOP/COG/ECG responsibilities during an emergency".

The signing of this Directive was generally not covered by the mainstream U.S. media or discussed by the U.S. Congress. While similar executive security directives have been issued by previous presidents, with their texts kept secret, this is the first to be made public in part. It is unclear how the National Security and Homeland Security Presidential Directive will reconcile with the National Emergencies Act, a U.S. federal law passed in 1976, which gives Congress oversight over presidential emergency powers during such emergencies. The National Emergencies Act is not mentioned in the text of the National Security and Homeland Security Presidential Directive. 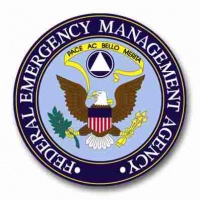 FEMA a helpful in game organization, focusing on relief efforts, and containment control

After receiving concerned communications from constituents, in July 2007 U.S. Representative and Homeland Security Committee member Peter DeFazio made an official request to examine the classified Continuity Annexes described above in a secure "bubbleroom" in the United States Capitol, but his request was denied by the White House, which cited "national security concerns." This was the first time DeFazio had been denied access to documents. He was quoted as saying, "We're talking about the continuity of the government of the United States of America...I would think that would be relevant to any member of Congress, let alone a member of the Homeland Security Committee." After this denial, DeFazio joined with two colleagues (Bennie Thompson, chairman of the committee; and Chris Carney, chairman of the Homeland Security oversight subcommittee) in a renewed effort to gain access to the documents.